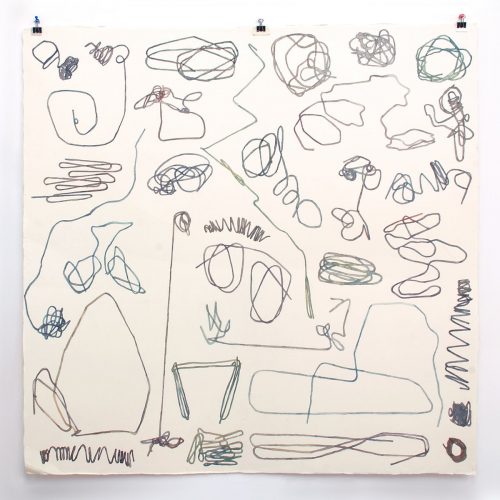 This is special stuff. Massage is the group headed by ex-Pains Of Being Pure At Heart-er Alex Naidus and Andrew Romano who together weave webs of glinting jangle and big dreamy melodies that colour in the heart after a cold winter.

Oh Boy is their debut album, originally released in 2018 and now repressed, with a special Monorail Exclusive Beer Vinyl edition to boot. Blowing in gently from the West Coast USA, Massage’s debut has all the good references under its wings – chiming arpeggio single coil guitars guiding those big classic chords, Byrds-for days dynamics, instantly gratifying melodic songwriting with those group backing vocals that make you feel you’re on a skateboard effortlessly gliding down those big San Fran hills past the park where your friends are hanging, everything is going to be ok. Actually it’ll be better than OK, this is our summer baby.

It’s all there in opener Lydia, which builds from the beautiful guitar playing into an interplay between Naidus, Romano and keyboardish/vocalist Gabrielle Ferrer. It’s that instantly welcoming sound that could be emanating from a West Princes’ Street flat in the west of Glasgow in 1984, or in Oakland in 2022, or anywhere were the fringes are long and the chords are sparkling. Place informs a lot of Oh Boy, with talk of Coyotes in the distance on the eponymous Oh Boy, or in the subtle references to a typically West Coast city sprawl but the sound Massage have as a group is timeless, placeless really. It’s so classic and confident while retaining a gorgeous sensitivity that reminds, at times, of Belle & Sebastian albeit with more emphasis on duetting guitars that are often on par in the mix with the vocals.

David Rager and Natalie de Almeida on bass an drums respectively drive the Massage sound with aplomb, steering the songs in propulsive fashion but never outplaying the song, songs you can and should listen to for days on end. The instrumental break in Kevin’s Coming Over just flies out into the blue sky before coming back to earth, it captures that feeling perfectly the song talks about, your friend is coming over, there’s fuck all to do, but what else do you need? On Under, Ferrer’s vocal takes co-centerstage for a perfect mix of Lemonheads on Sarah Records indie pop smasher. It’s a side to Massage which we love, this bordering on the Power Pop spectrum which spikes the feyness with just enough juice, just enough spice to make the sweetness all the sweeter. Oh Boy was Massage’s debut and as such has this essential spark which they’ve undoubtedly kept on their subsequent releases. The sound of a summer that never ends, wherever and whenever you are. 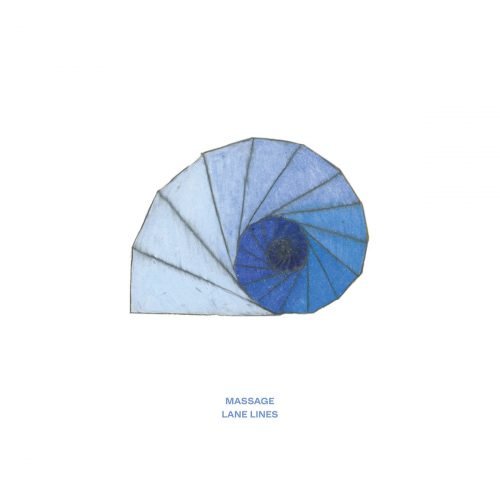 Just a few months after releasing their acclaimed second album Still Life, Los Angeles indie-pop band Massage returns with Lane Lines a six-track EP out in early 2022 on Mt. St. Mtn that finds the quintet expanding on their Sarah-meets-Creation Records sound with new touches of soft psychedelia, Feelies-ish frenzy and Haçienda-era escapism. The band didn’t plan to follow Still Lines so quickly. But after the pandemic further delayed that multi-year project, Alex Naidus (guitar, vocals, former Pains of Being Pure at Heart), Andrew Romano (guitar, vocals), Gabrielle Ferrer (keyboards, percussion, vocals), David Rager (bass) and Natalie de Almeida (drums) leapt at the chance to make music together again in real life and started gathering on random summer evenings in the tiny rehearsal-space studio of producer-composer Andrew Brassell (Susanna Hoffs) with no clear goal in mind. Lane Lines is the surprise product of those informal sessions — a flash of pent-up creative energy that serves as both a companion piece to Still Life and an exploration of textures and influences that didn’t quite fit the full-length but have always been deeply embedded in the band’s DNA, with new echoes of 1980s artists that sought to refract the 1960s through their own skewed prisms: Flying Nun, the Paisley Underground, The Feelies covering The Beatles, “Second Summer of Love” New Order. “The songs on Still Life and Lane Lines seem to straddle the line between indie and pop without exactly being ‘indie pop,’” Romano says. “To me they feel more like descendents of ‘college rock’ a moment that lasted from about 1986 to 1991, right before the underground and the mainstream converged, when it seemed like any scrappy indie band might stumble across a hit.”