In the occasionally sun-dappled, breezy harbour town of Gothenburg, Sweden, Julius Pierstorff and Erin Engström’s cottage industry continues to shine light on maverick talents. This time it’s Pierstorff’s own Jjulius project and in contrast to his previous work on Volume 1 or his duo with Engström it’s remarkably clear, structurally sound and dives head first into a new, ragged Psyche sound that feels like is always been there in the music, latent and ready. Volume 2 is released on the Mammas Mysteriska Jukebox label (which is, of course, the vessel for almost all of this duo’s creative endeavours) and points to a new development for all involved. Volume 2 reaches into new territory streets ahead of the decidedly homespun, weary, gloomy anti-charm offensive of Volume 1 (which we freaking LOVE by the way). 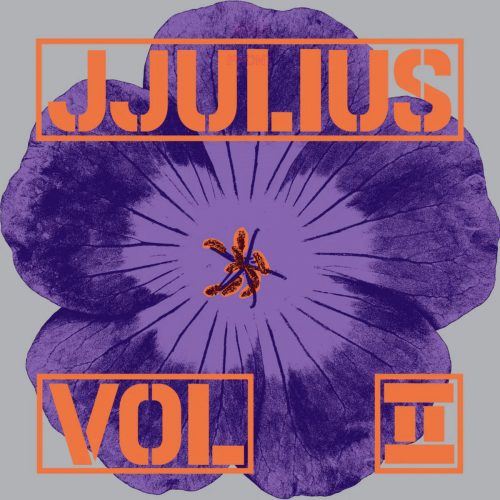 Volume 2 remains on the home recorded / lo-fi spectrum as Volume 1 (and Monokultur or Pierstorff’s Garage punk group Skiftande Enheter) but seems like it’s blown out into the stereofield for an all encompassing psychedelic listening experience. There’s even live drums goddamn it. It feels a little like there’s some more polish applied to the craft and it suits it beautifully. Opener En världslig sak, with its drunk piano struggling to stay in tune with itself, soon falls into a doomed ballad boosted by synth bass and dub effects. Everything is in its right place for maximum effect, the way the piano keys drift out and out before the band kicks in for Nästan kär signals a gear shift in Pierstorff’s careering go-kart. Here the sound approximates the brooding bass and drum attack of Melbournites Total Control alternating with a touching-groovy verse smothered in slobbering saxophone and echo. Single Du aldrig märker dissipates into space, 70s drum machine and synths fluttering on the opening road in front before collaborator Clara Flygare’s live drums and Vox-duet with Jjulius takes the track into lush modern psyche territory. If we were being geographically uncouth we’d say it has a distinct krautrock feel, with rhythms and percussion playing out, but we’re classier than that

While Volume 1 seemed somewhat like an audio diary kept by the artist in between shifts at work, or whatever it is artists do when they’re not chained to the mixing desk, Volume 2 has much more of an album feel. There are constants running through the tracks, the bass playing in particular has a permanence that only breaks to bring in some pretty catchy hooks, all told. Guitars are twisted into elongated shapes with tremolo, phaser, delay, distortion, kitchen sinks while Jjulius’s vocal performances remain in the lower register, glowering and menacing with flashes of humour in the intonation (despite the amount of Swedish music we sell we still don’t really know the language), taking in sinister tones on Dom hör dig men dom lyssnar inte but ceding control to Flygare on ening åt oss alla for a charming version of post-punk, goth indie pop melange with rhythm box and violin.
Maybe calling the album “Volume 2” points to this body of work being a snapshot to where Jjulius and his collaborators are at this moment of time but really it feels like a solid narrative piece, an almost relentlessly charming record that borrows tropes and techniques from almost every imaginable Western DIY music culture from the 60s to the 90s. What Pierstorff does with all of the information and influence is create the best long player of his career, with any of his projects. 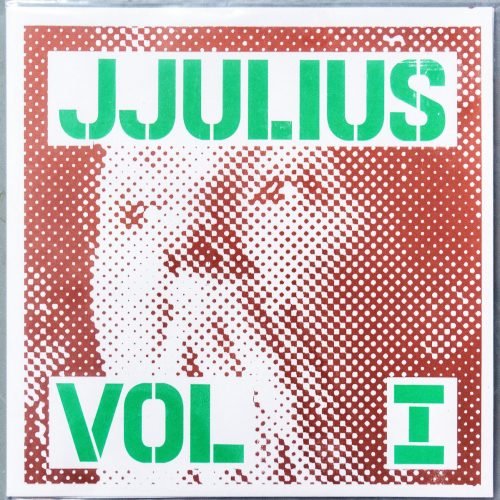 We love everything about this.
The latest dispatch from GOTHenburg, JJulius will be familliar to a bunch of you already either with his long gone 7″ release, his ragged Garage pop group Skifthande Enheter or more recently with the Album Of The Month contender in his group Monokultur with Loopsel. If none of this means anything to you don’t worry, just slip into the murky, mysteriska world conjured up in the foggy crystal ball by JJulius on this beguingly titled Volume 1.

Like his sister group, Monokultur, JJulius’s own music is now cobwebbed with eldtritch tones, whispered vocal frequencies, juddering basslines purloined perhaps from forgotten Sisters Of Mercy demos and lamented over by the artists’ own baritone Swedish, which as a method of delivery delivers the decaying isolation feeling just fine. The sound is so unique to this creative nexus in northern Scandinavia, loops taped together with industrial super glue whirring through dusty tapeheads, more DIY spirit than you can imagine bolstering the creativity rather than stifling it. Though the sound is rough and spacious, with disparate tracks swelling in and out of earshot JJulius has a barely repressed knack for hooks that poke through the distorted murk enough to keep you welded to his soundworld.

There are so many references to be made for the avid listener. There’s some sparkling Vini Reilly-esque guitar playing dappled liberally through out, fragile songwriting that hints at a sublimated indie pop past. You can trace some minimal wave elements in there with analogue synths and rudimentary as all hell drum machines labouring away under the weight of the gritty din, washes of white noise and submerged burbles that interact with the basslines (is bass the main instrument here?) in quite dubby ways. In fact if it wasn’t for the complete lack of Vit D on these recordings Dub would be quite a nice comparison but perhaps it’s more in the methodology than the music.

It’s not completely lightless, but when the music drifts upwards out of the fog it seems strewn with a flickering halogen bulb, like on andra Tracker which starts off like a beautiful synth ballad before being patched into what sounds like Jjulius jamming a Crass cover half cut. But it would be a misrepresentation to describe Vol. 1 as an overbearing or moody affair, it’s really a kind of detuned post-punk, gloomy as the best goth is sure, but with so many enjoyable little flicks of the wrist and stylistic backflaps. In fact, one of the things that makes Vol. 1 so enjoyable to listen to – if DIY music is your thing – is the complete lack of fucks given by anyone involved to what you think. This is not music written to please you, it’s pure expression battered out as it hits the mind of the producer – in this case Julius Pierstorff during 2020’s lockdown – and that’s why we love it. Music’s not for everyone after all.